So I may or may not be on an animation kick. I’ve also taken to watching movies in French (because I’m so amazingly multilingual like that). And what better way to combine the two in a surefire hour and a half of enjoyment? Why, the Hunchback of Notre Dame, of course! 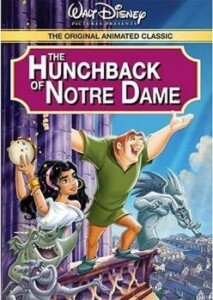 Even though he is a hunchback, this probably isn’t the most flattering picture of him*.

Yes, I realize it’s not a French movie, but fiddling with the DVD settings can do wonders for that little language problem! And the fact that the setting is in Paris, just adds to the whole French feeling.

I was looking on Amazon to buy myself a copy of this movie when the name of one Tom Hulce caught my eye. “Hmm…” says I to myself. “Why is that so familiar?” So with the magic of the internets I looked up this man and I saw THIS!

Behold! His hair! It stands on its own!

One (or maybe more) triumphant cry (cries) later and my curiosity was satisfied. Tom Hulce played in Amadeus. More specifically, he played Mozart in the film Amadeus. I have plenty of good things to say about this movie, including the fact that it won eight of its eleven Academy Awards nominations, including Best Actor, Best Director, Best Picture, yada yada… 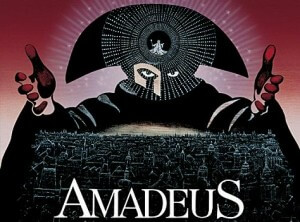 Looks pretty awesome and creepy, no?

Now, this movie came out in 1984 which puts it firmly (previewing) in the BAD 80’s MOVIE category, a category that, if you would allow me a cliche, I avoid like THE GODDAMN PLAGUE. Why? Well, perhaps I will explain another time, it would take too long right now. But perhaps this image can give you a minuscule hint:

The reason I saw this, however, was my art appreciation class that I had last semester. And it’s a good thing too. I especially liked how the film was told in a flashback by Antonio Salieri (played by F. Murray Abraham, who won the Best Actor Oscar for this role), the nemesis of Wolfgang Amadeus Mozart.

Trust me, this movie is GOOD STUFF. It is one of the few exceptions to my assertion that all 80’s movies are BAD.

Ok, so now that I’m off my tangent, I suppose I should come to my somewhat less hyper conclusion of this fun fact. The reason all this came up is that Tom Hulce is the voice of the Hunchback in the Hunchback of Notre Dame. This will become more exciting for me later, when I have actually seen the movie in English, which I suspect won’t be for a while considering my inclinations toward French at the moment.

*Has anyone else noticed how atrocious some of the cover art for DVD re releases of animated classics are? I’m not talking just Disney here, Fox (for Anastasia), DreamWorks (that Sinbad movie), and even the covers for the Swan Princess movies**! I realize that they hire different artists to do the cover art, but shouldn’t keeping with the spirit of the film be a goal for the cover artist? Ack!

** Of the Swan Princess movies, sadly, only the first is any good. They should have stopped there. Perhaps a post on bad sequels will come later?

And one last thing. I was rather amused to also discover today that Tom Hulce now seriously looks like Santa Claus in his more advanced years. 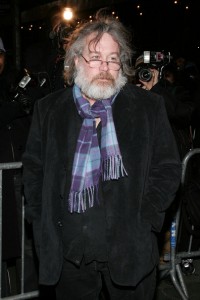 I’m sure you can imagine your own Santa jokes.