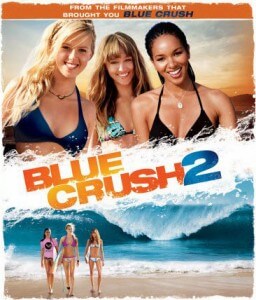 I don’t know what it is about me that can possibly explain my penchant for crappy movies, or if I was being kinder, I would call them “movies that failed to make a splash” (Ha ha! See what I did there? I swear, I crack myself up sometimes.). I will further admit that I have seen Blue Crush. And I didn’t particularly like it. Sure it was really cool to see people surfing, but other than that the movie didn’t really inspire me. The same could be said of its “sequel in spirit”, cleverly entitled Blue Crush 2.

So why did I watch it? Well, that’s a good question, that. There are two reasons for this, I would say. For one thing, with a movie like Blue Crush 2 you know exactly what you are getting: a light story of girl-empowerment with lots of surfing, half naked people on the beach, a love interest, and a half hearted attempt at a “serious” plot line to boot.

Reason numero dos is that I really wanted to see more of Gideon Emery and Sharni Vinson.

Oh, and it takes place in South Africa, so the scenery is nice.

I guess I should give a synopsis or something, yeah? Dana is an angst-y eighteen year old, wishing to connect with her long since dead mother who was from South Africa. One day she decides to go to South Africa and surf in the places where her mother once surfed and had documented in a journal with Polaroid photos. And she can do this without any problems because her father (played by the wonderful Gideon Emery) is rich.

When she gets to South Africa, Dana meets Pushy and the two quickly become friends who surf together! Pushy brings Dana to her surfer colony friends (how lucky!) and they have lots and lots of fun together there. Enter a fake-out love interest and then the REAL love interest (who is sensitive and “deep” because he cares about animals and volunteers at the local animal shelter/preserve). And some elephant poaching is involved. People feel betrayed when they discover that someone among them has participated in this VERY BAD THING. 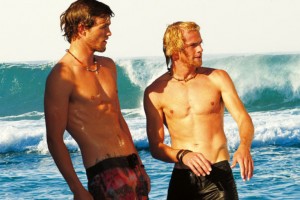 Love interests one and two. Guess which one’s which!

The way poaching was inserted into the movie that made it completely superfluous. It’s only service to the plot is to weed out the previously mentioned fake-out love interest, which could just as easily have been accomplished by his already established man-whorish ways. But no, they made him participate in poaching because, hey, it’s Africa, and this will help to show how incompatible he is with our spunky, principled heroine. This movie has belittled the issue of poaching and has completely glossed over the consequences of being caught. Not to mention the poor animals and the emotional issues connected to the practice. And in the end, the worst thing that happens to the guy is that his friends are a bit miffed at him and his pseudo-girlfriend doesn’t like him as much any more. 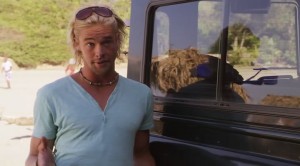 The poaching story line had no place to be in this shallow (yay more water puns!) movie. And now onto the family issues. Dana doesn’t get along with her dad (how could you not get along with Gideon Emery?!), believing herself to be a “free spirit” like her mother, and seeing her dad as a morally bankrupt, soulless man. But when her dad learns that Dana went off to South Africa, he goes after her, hoping to bring her back. Eventually he tracks her down, but Dana is still pouty and neither one can understand what the other wants.

Clearly, Dana wants to surf and reconnect with her mom. And here dad wants her home. It doesn’t seem all that complicated really, but this would really only be a surfing montage if there wasn’t any attempt even made at a “serious” plot. After a heart to heart, in which the two cry over their dearly departed mom and wife, life is good. Some excellent surfing is had by all and the credits roll as the entire surfing colony walks down the beach in the evening with their tanned bodies on full display and surf boards under their arms. 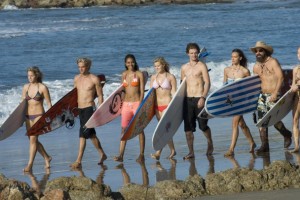 Overall, the acting was “meh”, though Emery did his best with what he was given and was one of the few bright spots in this movie. As for the other bright spots, I would say Dana’s “Odyssey” is one of them, but I’m always up for a cool adventure (although when she was coming up with the name for this soul-searching journey of hers, she decided upon this name after she and her friends decided to call it something “American”. But this is really the least of the problems with Blue Crush 2). The photos she took that mirrored the ones her mother had taken some twenty years before were a nice touch.

And of course the South African scenery was gorgeous, though that is in no way to be attributed to the film makers. I’m not particularly familiar with the country, though I’m sure that accuracy was overlooked left and right. 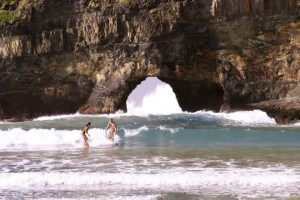 The surfing and the scenery were cool (and Sharni Vinson and Gideon Emery, obviously), but other than that, there is really nothing to recommend this movie. It always makes me sad when movies come out direct-to-video, but in this case I can see the justification. 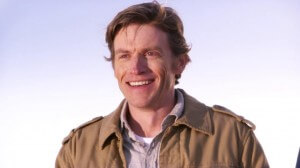 Oh Gideon, why are you so awesome?