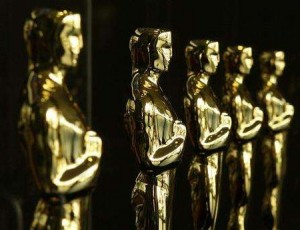 The Oscars come at the beginning of every calendar year to celebrate the films that came out in the precious, what I like to call, “Oscar cycle”, that is, movies that came out between this year’s and last year’s awards. For many it is a time to watch all the famous people walking on some arbitrarily chosen colored carpet. For others, it’s to watch said famous people in this-is-so-ridiculously-expensive-that-you-will-never-afford-it-even-if-you-sell-your-firstborn clothing. Gowns, more specifically, since no one really pays attention to the dapper actors out there in gorgeous suits (a sad, fact; they should get some more recognition). And of course, there’s the movies. 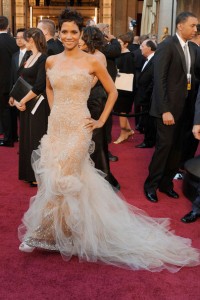 It seems this year, the Academy Awards went “young Hollywood” with this year’s hosts Anne Hathaway and James Franco. Though it seems there has been much criticism of this year’s show most of it came in the way of “there’s no theme!”, but honestly, no one really cares about a theme for the Oscars, they just want to see the glamorous people in the “biz” and which of their favorite movies won this prestigious award. Personally, I think the hosts did quite an excellent job hosting, and the youthful energy was refreshing. That’s not to say that in the previous years the hosts were decrepit, simply that it was nice to see the fresh faces. Also, if you haven’t already, I suggest watching the opening scene that Hathaway and Franco performed as a parody on both last year’s Oscars and some of the films that were up for awards this year. You can see it here. 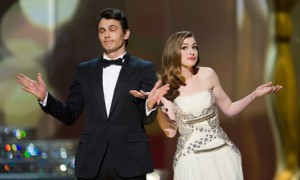 The thing about these award shows, the Oscars included, is that they take a really long time, have lots of commercial breaks, and the acceptance speeches are often uncomfortable (and sometimes annoying) to watch, though there are some rather humorous moments. One of my favorite’s this year was David Seidler, who joked about being the oldest person to date to receive the Oscar for Best Original Screenplay for The King’s Speech (“My father always said I was a late bloomer”). He is currently 74. (Perhaps it’s about time that Betty White got an Oscar, too. She’s had an incredibly long career and of the many awards that she has received over the years, an Oscar is not yet one of them.)

The presenters of the awards were often entertaining as well. Sandra Bullock personally addressed all of the nominees for Actor in a Leading Role and tossed a joke or two in their directions (a Facebook joke for Jesse Eisenberg, of course). Ultimately, she announced Colin Firth as the winner for The King’s Speech. Now, there are many reasons to like Colin Firth, chief among them is his warm and charming personality, which comes through in his speech, which seems to have been completely unprepared. I think though, that I prefer the unprepared speeches. It makes the award recipient somehow more humble and personable.

Since I’m on actors, how about a little Actress in a Leading Role? Natalie Portman was the clear winner. I even said so seconds before her name was called, so kudos to me! She, of course, won for her role in Black Swan. It was actually a bit strange seeing her in full on pregnant mode after having seen her as an anorexic ballerina in the film for which she won the Oscar (perhaps I will do a second opinion review of the film later on?). 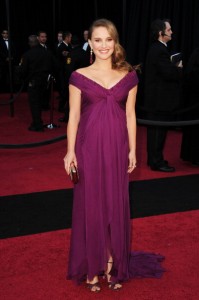 Yeah… no clever caption for this one.

Two random things of note would include my surprise at how tall Katheryn Bigelow is. She was the first woman to win the Academy Award for Best Director for her film The Hurt Locker (which also won Best Picture) at last year’s awards, over her ex-husband James Cameron, who was also nominated. I only really bring this up because she stood a hefty several inches above Hillary Swank, who introduced Bigelow for the presentation of the Best Director Oscar. This year’s recipient was Tom Hooper for The King’s Speech. Although I have to say, I really didn’t like her dress. It was frightful.

The other random thing of note, at least noteworthy for me, is Helena Bonham Carter. When The King’s Speech was raking in the awards, the camera occasionally cut to Carter, because she played the king’s wife in the film and was nominated for Actress in a Supporting Role (the award that ultimately, went to Melissa Leo for The Fighter). It struck me that she has made her career on making quirky and unusual films, and yet she has seen such great success. She’s like Johny Depp in that regard.

My final point on this year’s Oscars is this- a list of the movies that I would really like to watch:
1.The King’s Speech
2.True Grit
3.Alice in Wonderland 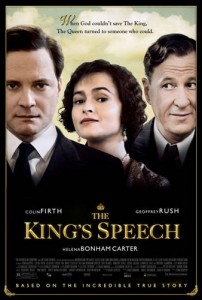 God save the King! And his speech!

And that’s it. The 83rd annual Academy Awards.